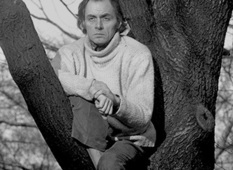 'the most remarkable and controversial figure of post-war psychiatry'.

'It is time to look freshly at a brilliant pioneer whose work has been widely, perhaps deliberately, misunderstood'

'RD Laing and the others who shared his vision of a genuinely compassionate response to mental disturbance had a profound influence on the practice of psychiatry in this country – whether or not the current orthodoxy wishes to acknowledge it. For his deep questioning of what it means to be ‘sane’ and what it means to be ‘mad’; for his willingness to experiment first and foremost on himself; for his bravery in the face of inhumane practices and self-serving interests – for all this RD Laing deserves to be remembered, while his published work deserves to be reread and reexamined.'

'RD Laing died in 1989 but controversy about his work has continued, unabated, ever since. It’s fashionable nowadays to use a reductive approach when discussing Laing and to pigeon hole him as a product of his time, another sixties rent-a-guru, a ‘jig man’ whose star flared briefly before spluttering into oblivion. This is to overlook the fact that Laing’s work was a reaction, tentative at first, against some of the more disturbing psychiatric practises of his day, doubtful and downright dangerous treatments that had been rubber stamped into orthodoxy by minds less flexible and more accepting than his own. From his early days as an army psychiatrist, Laing realised that the whole object of psychiatric hospitals wasn’t to cure patients but to keep them quiet. In the eyes of the establishment this amounted to the same thing.This was the approach he was to battle against throughout his sometimes wayward, often colourful, and ultimately ground breaking career.'

Ronald David Laing trained and qualified as a doctor, psychiatrist and psychoanalyst.

He was a gifted musician having been elected a Licentiate of the Royal Academy of Music and an Associate of the the Royal College of Music while at secondary school.

R.D. Laing published 15 books which sold worldwide in their millions, the most celebrated of which are: 'The Divided Self: An Existential Study in Sanity and Madness'; 'Sanity, Madness and the Family', 'The Politics of Experience and the Bird of Paradise' and 'Knots'.

The Divided Self is required reading on many psychology courses, now published by Penguin as a Modern Classic

To this day the life and works of R. D. Laing influence writers, poets, musicians, philosophers, psychologists, therapists, film makers and those involved with the day-to-day challenges of coping and dealing with mental distress.

R.D. Laing was a controversial figure to the Establishment and a hero to the counter-culture movement of the 1960s which viewed R. D. Laing as a pioneering humanitarian whose works displayed an authentic existential understanding of psychosis.